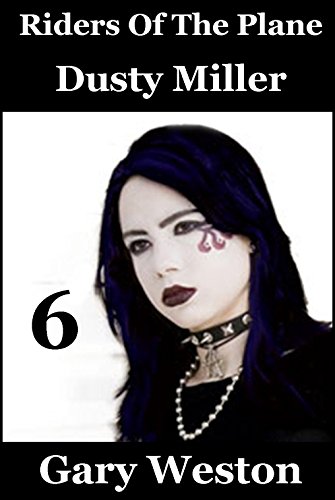 
Ace Buchan California. Couple this with his experience in the Pacific, including a win at Teahupo'o a couple of years back, and he knows exactly what works for him in the juice. For Margies, Ace has a range of new boards and a few older favourites, with some being based on what he's previously ridden in Fiji and Tahiti, all the way down to his standard high performance Monsta 6.

Ace Buchan Western Australia. Created At Added By. Sign up for our newsletter. Aspects of this portal are patented, patent-pending, or patent-applied-for. Aside from their high cost and their subtle earthy flavor cooked in butter and served on toast , their value is enhanced by how late in the season they grow. So Swedes are extremely protective of their chanterelle patches.

The day my mother-in-law took us for our first walk, everything seemed slow and quiet besides the buzz of the mosquitoes. I listened to her tell stories of playing here as a child; exploring it made me feel young, and nostalgic for a past I had never lived. I marched behind my wife and was careful when stepping over fallen trees or catching branches she bent back to allow me to pass.

Some mushrooms you can eat, and some can make you very sick. Animals know this, and people who spend lots of time in the forest know this. My mother-in-law knows. She took us to a clearing among some trees, looked around a bit, then stopped and bent down. She said she had given each of her children a patch in the forest where she found that mushrooms consistently grew each year. The whale sighting happened right away, minutes into Day 1. Jon, Dave and I had just been dropped off on a remote Alaskan shoreline, an hour and a half by boat from the closest speck of a town.

Jon was working as a sea-kayaking guide that summer in Glacier Bay National Park, and he had invited us up for a seven-day excursion during his week off. As the boat that delivered us vanished, the drone of its engine dampening into a murmur and then finally trailing off, it became unthinkably quiet on the beach, and the largeness and strangeness of our surroundings were suddenly apparent.

It was a familiar phenomenon for Jon from the start of all his trips: a moment that people instinctually paused to soak in.


We were on earth — finally, really on earth. We were only starting to move around again, packing our gear into the kayaks, when we heard the first huff of a blowhole, not far offshore.

Jon was ecstatic. It seemed to him as if the animal were putting on a show, swimming playfully in the kelp, diving, resurfacing, then plowing its open mouth across the surface to feed. He took it as a good omen. Though I had no idea at the time, he was anxious that Dave and I might feel intimidated about making the trip; such a big payoff, so quickly, would get us excited and defuse any apprehensions. For Dave, the whale-sighting had exactly the opposite effect.

Once, when he was a kid, his dad took him scuba diving with dolphins. They were friendly, awe-inspiring creatures, purportedly, but they terrified Dave instead. He could still conjure the feeling of hanging defenselessly in that water while the animals deftly swirled around him, less like solid objects than flashes of reflected light, while he could move only in comparative slow-motion.


Ever since, he had harbored a fear of large sea creatures — a niche phobia, particularly for a young man who lived in the Bronx, but a genuine one still. And so, even as Dave understood that a chance to see whales up close like this was a major draw of a kayaking trip in Alaska, and though he feigned being thrilled, some second thoughts were kicking in: We were going out there, he realized. The whale left me exhilarated and gleeful, like Jon; but deeper down, I also remember feeling shaken, like Dave.

Nothing about the animal registered to me as playful or welcoming. It just appeared in the distance, then transited quickly past us, from left to right. Watching it made me feel profoundly out of place and register how large that wilderness was, relative to me.

At the time, I was working at a literary magazine in New York City called The Hudson Review, picking poems out of the slush pile and mailing them to an outside panel of editorial advisers. I was trying hard in my letters to impress one of them: Hayden Carruth, a gruff and irreverent year-old poet who lived far upstate. Never then or now have I been able to look at a cloudless sky at night and see beauty there. A kind of grandeur, yes — but not beauty. The profusion and variety of celestial lights have always frightened me. 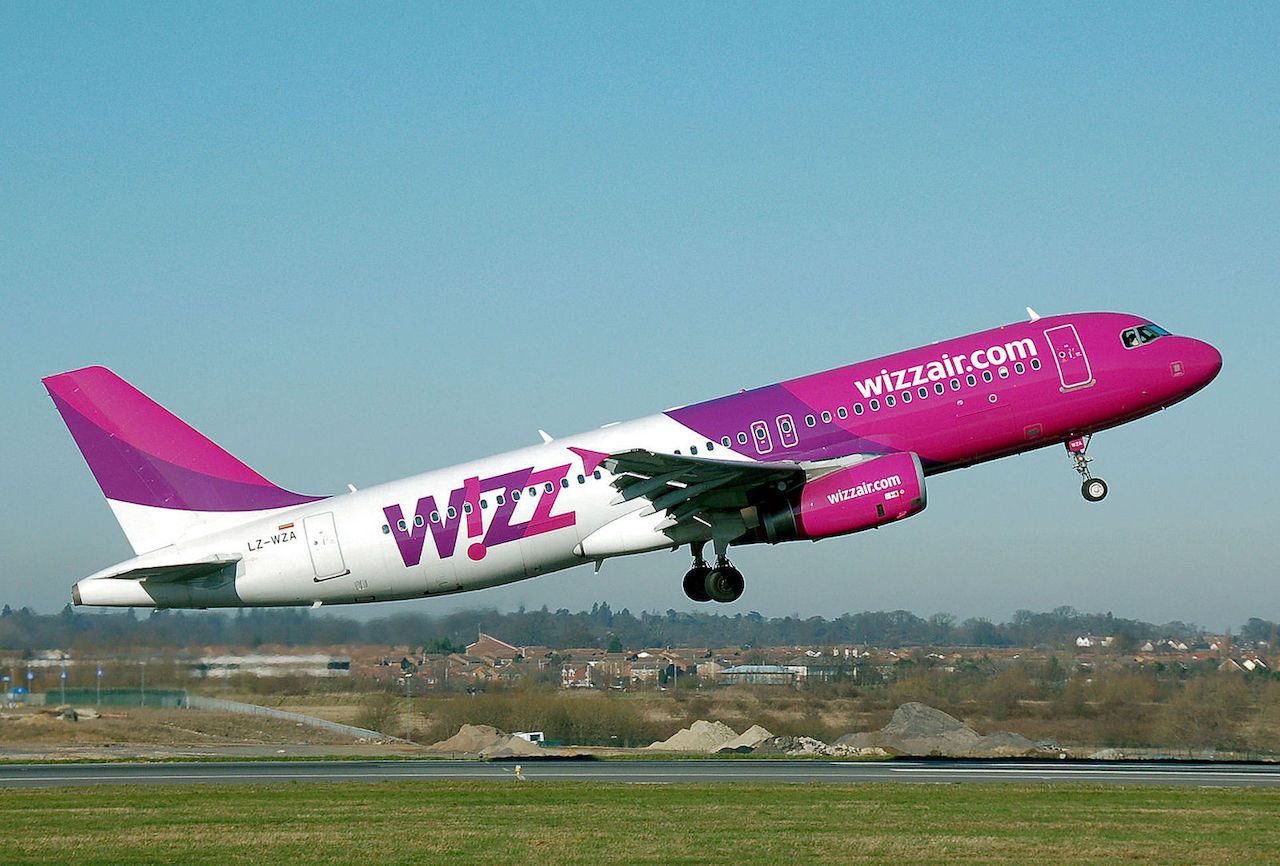 Why are they there? Why these instead of others? Why these instead of nothing? That was how I felt, watching the whale from the beach: afraid that everything was accidents. It was mid-August , and we were 23, 24 and We had graduated from college together two years earlier. Dave, whom I also grew up with, shot out of undergrad knowing he wanted to be a doctor and had just finished his first year of medical school. Any similar momentum I had after graduation was instantly sapped.

Three weeks after that, he died. My grief was disorienting and total; at a moment in life when everything is supposed to feel possible, making any single decision became impossible. I gave into that sadness for the better part of a year, resettling at home in New Jersey with my widowed mother and sliding back to the summer job I worked during school, glumly breaking down beef at a butcher shop two towns over. I read a lot of books about Ronald Reagan, for example, even the collection of his love letters to Nancy. He withdrew awkwardly after the funeral, and I suppose I was happy to hold that against him.

It triggered some longstanding jealousy. A part of me always resented how he seemed unfairly exempt from the self-doubt and heaviness that I was prone to. Jon, meanwhile, was teaching at a rustic little boarding school in Switzerland, where his mother was from. The summer after graduation, before starting the job, he set out for Alaska with a friend, sleeping in the bed of their old pickup. In the minuscule town of Gustavus, the gateway to Glacier Bay, he picked up seasonal work in the warehouse of a kayak-tour company.

Jon had little actual experience of sea kayaking but had always felt drawn to the ocean in the abstract.

In college, he and another friend plotted out a paddling expedition near Glacier Bay, across the border in Canada and applied for a grant from our school to fund it. The grant was set up in memory of an alumnus who died in an avalanche while mountaineering. They seemed insufficiently prepared. He was bright but scatterbrained, forever picking up things and putting them down, both figuratively music projects, conversations but also literally. I can still picture him hustling around the house we shared in college, hunting for his keys or his soldering iron, having gotten in over his head rewiring some device.

He was an artist; one piece I remember consisted of a half-peeled banana, implanted with circuitry and suspended in a jar of formaldehyde. Once, he grew grass in our upstairs bathroom — a living bathmat, he said — until the turf became muddy and flooded the downstairs. Jon had no serious concerns about our safety, but he felt he bore responsibility for our emotional well-being. To enjoy ourselves, we would need to feel comfortable, not just in the wilderness but also with him as a leader.

We knew him before he became a professional guide, and our perception of his expertise lagged behind the reality. Do we have everything we need? Jon seemed to have solid answers for all of them. He was living alone for the summer in a house that an acquaintance was building in the woods. The structure was framed-up but largely wall-less, and Jon, to be safe, needed to check that no moose had wandered in. After a spectacular first day of paddling, we came ashore on a rocky tidal flat about two miles from where we were dropped.

Jon gave us his detailed tutorial about bear safety while we set up our campsite. The last thing you wanted was to come across a brown bear unannounced. This was intentional. It was essential for their safety, but it felt silly or vulnerable somehow, like singing in public. It loosened everyone up. They were performing for their friends now; the whole group was in on the joke.

I had never seen a wild bear, though I have backpacked in bear country a handful of times. I felt comfortable with the animals in the abstract. There were bear trails everywhere, leading from the tree line to the water, and disquietingly close, I felt, to where we were pitching our tent. We found heaps of their scat. We saw trees where the animals had slashed off the bark to eat the inner layer, tufts of fur from their paws still plastered in the sap. I pretended I was having fun. But that evening I grew increasingly petrified, almost delirious. My eyes tightened, scanning for bears.

The sound of the wind became bears, and so did the mossy sticks cracking under our feet. I gave myself a migraine, then phased in and out of sleep. At sunrise, I woke feeling foolish. While Jon cooked pancakes, I reasoned with myself, privately, in a notebook I brought on the trip. I tried to conceive of the situation as a geometry problem. Yes, some number of bears roved this landscape, I wrote: relatively tiny, independent blips, going about their business randomly, just like us.

In all that empty space and confusion, a lethal collision of their moving blips and our moving blips would be an improbable coincidence.